On Friday the 23rd of February, myself and my nanny embarked on our trip to London for the day. We arrived at Norwich Train Station at 8:30am in order to catch our train which was scheduled to leave at 9am. Although the train was slightly behind schedule, they put in the effort to try and reduce the delay by making it a ‘fast train’ after Ipswich. 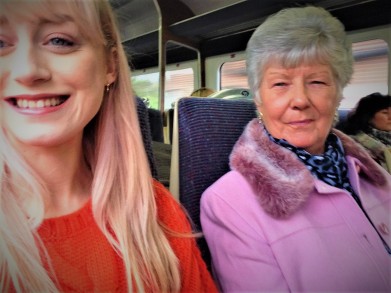 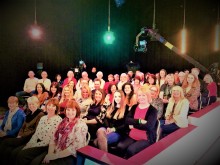 The train arrived at London Liverpool Station at around 11:15am, which was only 15 minutes later than expected. We quickly made our way to purchase our tube day travel tickets before hopping on several tubes, and having a short walk to the ITV studios. After a slight worry that we wouldn’t get in as we were slightly late to the audience gate, we were allowed into the studio and were seated ready to watch Fridays episode of Loose Women.

The warm up man (Karl Lucas) who can be found on Twitter @ImKarlLucas, was absolutely brilliant in making sure the entire audience were engaged and ready for the show to begin. Although Loose Women is broadcasted live on TV, the panellists were very friendly and seemed genuine throughout the entire show, even on the allocated breaks. We were lucky enough to have Kaye Adams, Denise Van Outen, Linda Robson, and Stacey Solomon and boy did we have some laughs!

After the show had finished, we had decided to make the most of our trip to London and had a bite to eat at the Wetherspoon’s just outside London Victoria Station, followed by educating ourselves in the free museums which were the Natural History and the Natural Science Museum, which can be found in South Kensington.

I have made a youtube video in which to illustrate our day so why not have a look?

If not, here are some pictures to show you what we got up to before catching our train back to Norwich at 8pm.

I hope you enjoyed reading about my trip to London and the ITV Studios.